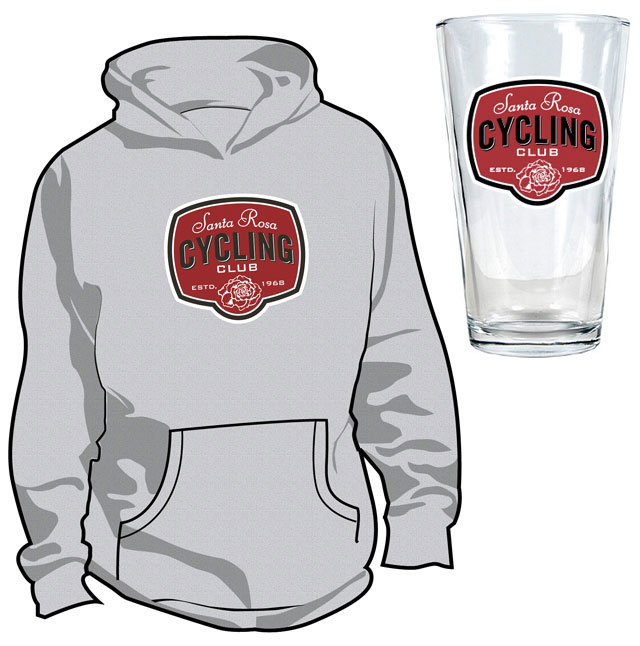 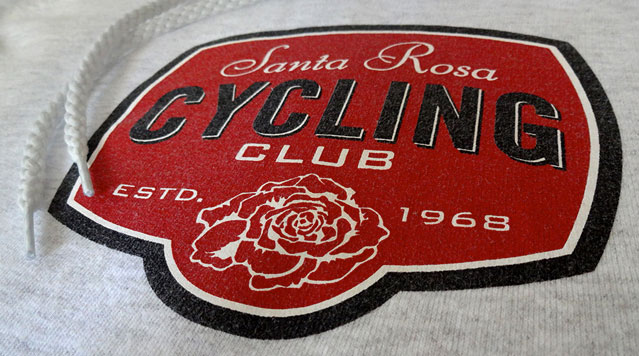 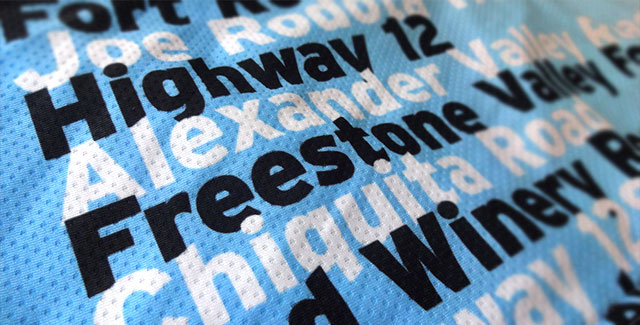 It’s not all grapes and wine in Santa Rosa. Take Santa Rosa Cycling Club. Since 1968, the club has used the rose as its symbol, a nod to the town’s patron saint.

The club invited Sonia Jones Design to update its logo. Honoring tradition, we retained the lovely rose, setting it within a crest shape reminiscent of a bike reflector. To celebrate the club’s longevity, “Estd. 1968” surrounds the rose image and conveys the club’s pride in its origin story. The crest logo works well in applications ranging from branded apparel to pint glasses.

We also worked with the club on a cycling jersey that celebrates world-class cycling on the roads of beautiful Sonoma County. The cycling jersey incorporates a type-solution design showcasing some of the steep and rigorous climbs of the area. The placement of the variety of lengths of street names and highways echoes the elevation maps used by cyclists to track the percent grades of climbs.